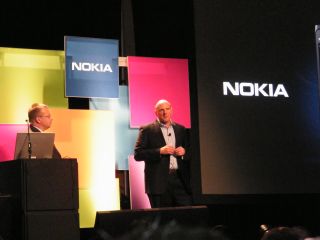 The will-it-won't-it continues over whether Nokia will make a Windows 8 tablet with these spurious new photos.

Apparently this anonymous, shiny slab of plastic is the Nokia Champagne, a tablet that will run Windows 8.

Whatever tipster took this photo obviously learned their photography skills from their MySpace days because the angles on this bad boy are giving away nothing about its true form.

As Netbook News points out, it could be a close-up of Nokia's short-lived 3G netbook (but then, who has one of those?) or it could just be a shiny book.

We'll concede that the book scenario does seem less likely, given that the shape of the mystery product does somewhat echo that of Nokia's latest Windows Phone handsets.

Still, we're very suspicious of this one. While we do reckon Nokia has designs on the tablet market, we can't promise that this photo is anything to do with it. So, you know, keep the Moët on ice for now.