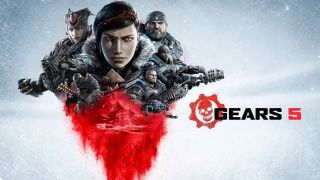 Gears of War 5’s rumored September 10 release date might have been more accurate than we originally believed – a billboard outside of the Microsoft Theater in Los Angeles confirms a Fall 2019 release window (i.e. September through November) as well as its Xbox Game Pass availability.

The billboards went up a few days before this year’s E3 2019 conference – slated to kick off in an official capacity on Sunday, June 9 with the Microsoft keynote – which will likely be the place that the game’s official release date will be unveiled to the public.

The other interesting part of the game’s advertising is that it confirms that the game will be coming (and may in fact launch) on Xbox Game Pass, Microsoft’s buffet-style game subscription service.

That last bit isn’t as surprising as a number of marquee first-party games have launched on the service already, including Sea of Thieves and State of Decay 2, and Xbox boss Phil Spencer announced back in January that there were plans in place to bring the next Halo and Gears games to Xbox Game Pass as well.

What else will we see during the Microsoft E3 2019 live stream? Unless we find another billboard, we’ll just have to wait and find out.