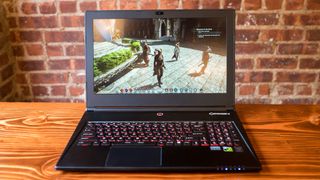 Why the PC gaming renaissance is great for all gamers

With the Xbox One and PS4 approaching their second birthdays, one would think every game developer is lining up to create new titles for consoles – and this is true, partially.

The latest GDC State of the Industry report, issued on January 15, shows the number of videogame developers working on Xbox One and PS4 roughly doubled in 2014 to 22% and 26%, respectively, since 2013. However, going further into the numbers tabulated from over 2,000 industry attendees who attended the GDC 2014 reveal PC development is still holding a long lead over consoles at 56%.

The number of PC games is not only greater than the percentage of titles currently in development for both the Xbox One and PS4 combined, it's still growing by 3% compared to last year.

Despite multiple proclamations of its death, PC gaming is in the midst of an ongoing renaissance. There are more games, and a diverse selection at that, then ever arriving for computers.

Consoles still play a big role in gaming, it's just not the leading one. Of the same block of 2,000 survey takers only 29% expect to bring their next game to the PS4 while 24% of respondents expected it to land on Xbox One.

Mobile also still factors in a major way, even if its numbers are slipping a bit. 50% percent of survey respondents said their current project will release on smartphones or tablets, down from the 52% confirmed a year prior.

Whether the PC is stacked against consoles or smartphones, it's still the reigning platform as the survey reports 56% of the survey respondents said their current game will be released on PC. Here's why this is a great thing for all players and video games as an art form.

The PC has easily become the biggest home for games thanks to established digital marketplaces like Steam, EA's Origin and Good Old Games. More recently a surge of crowdfunded titles have appeared with the help of Patreon and KickStarter as well as Steam's Greenlight initiative.

This freedom has helped turned the PC into a fertile creative platform for many more games that would never have found a home on consoles. We saw a litany of experimental games last year on the PC, from the mind-bending adventure of Jazzpunk to the dancing-roguelike hybrid, Crypt of the Necrodancer. Hearthstone and DoTA (as well as other MOBAs) turned into incredibly popular phenomena that started first on PC, sparked a resurgence in the e-Sports world and now is spreading to mobile gaming.

The laissez-faire nature of the PC platform has allowed for the creation of more thought-provoking games. There are few console games that touch on serious subject matter while PC titles such as That Dragon, Cancer, which tells the story of a father with a terminally ill child; and Gone Home, which touches on homosexuality. Likewise deeply effecting games such as This War of Mine explores morality with civilians caught in the middle of a war.

That's just the tip of the iceberg. The PC has become the ideal home for a litany of interesting titles including Goat Simulator, The Vanishing of Ethan Carter, Kerbal Space Program and 2013's Papers Please.

Editor's note: We originally stated the Xbox One and PS4 were approaching their third birthdays, when in reality they'll be appearing for the third time at E3 this year. We've corrected the mistake and have updated this story.