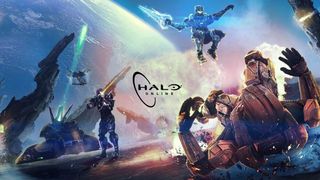 Halo Online, the PC free-to-play shooter based on Halo 3, has been cancelled.

The news was announced via the game's Russian VK social media page, which was noticed by Gamasutra.

The news isn't entirely surprising given how quiet Microsoft has been about the project, which has remained officially exclusive to Russia despite the efforts of modders to bring it to the rest of the world without its included microtransactions.

The efforts of these modders resulted in the release of six new maps from Halo 3 at the beginning of this year, before the team announced that it would be focussed on its own project going forward.

The game marks the Halo series' complicated history with the PC platform, which has seen it remain exclusive to consoles since the Windows Vista-exclusive Halo 2.