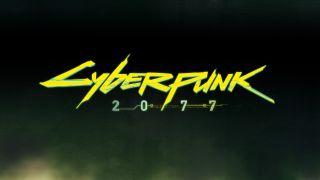 Cyberpunk 2077 is set to be one of the biggest game releases of next year, but there's one thing still troubling the developers – whether it will have a multiplayer mode.

Speaking to Eurogamer, CD Projekt RED's Marthe Jonkers – a senior concept artist for Cyberpunk 2077 – confirmed that multiplayer modes were being developed internally, but that the company had made no firm conclusions about their eventual inclusion in the anticipated title.

"We are doing R&D into multiplayer but we're focusing on single-player experience, and that's what you'll get in 2020," said Jonkers, not being drawn on whether a multiplayer component could be available at launch, added afterwards, or not included at all.

It's interesting that the word "feature" is used, rather than "mode" – suggesting there may be multiplayer aspects built into the single-player storyline, rather than a standalone mode. With a game world so concerned with digital technologies, having features that mimic functions in the game to connect to other players – say, sending messages through curbside computers or hacking player's gadgetry – could be a masterstroke for the dystopian RPG.

It's also interesting to hark back to 2013, when CD Projekt RED's head of marketing, Michal Platkow-Gilewski, also told Eurogamer that "There's no place for multiplayer in so strongly a story-driven game as The Witcher 3," referring to the company's previous bestselling RPG, which is now being adapted into a Witcher TV show.

With a game that's even more ambitious than the last Witcher game, it's not surprising that the idea would be toyed with – though a satisfying single-player experience is going to be what sells the game.

If there is a multiplayer component, where you fight other gamers with Cyberpunk's unique gadgets and body enhancements in an arena mode, or interact with the world of Night City in the vein of Dark Souls – which let other players pop into game sessions or leave notes to assist in someone's progress – it will likely just be the cherry on top of the Cyberpunk 2077 cake.

It's worth noting that there's going to be a Cyberpunk 2077 tie-in card game – while this is predominantly a physical game, we're not ruling out seeing it in the videogame too.