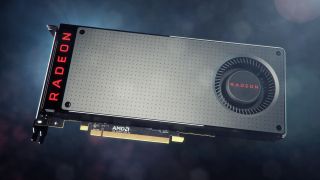 We now have the full specs on the Radeon RX 470 and RX 460 graphics cards, the lesser and more affordable siblings of the already launched RX 480 – assuming the press slides which have been leaked are the genuine article (and they certainly look it).

AMD has already released some details on these cards, which will be available at the start of August, and the firm said a month ago that the RX 470 would offer over 4 teraflops in performance terms, 32 compute units, have 4GB of on-board memory, and would deliver a premium HD gaming experience.

In the blurb, AMD describes the card as future-proof, and capable of "brilliant HD gaming" to echo what the company said before. To back this point up, some benchmarks were provided of games running at full HD (in 'ultra' settings), and the RX 470 was apparently 2.4 times faster than the R9 270 in Doom and Total War: Warhammer, and 1.5 times faster in Battlefield 4.

As for the RX 460, the lowest-end offering boasts 2.2 Tflops of compute power, 896 stream processors, and a base clock speed of 1090MHz (with boost to 1200MHz) along with a memory speed of 1750MHz. It will come in 2GB and 4GB flavors, with a TDP of under 75W – meaning it won't need to be hooked up to your PSU with a power connector.

It's billed as having "console-class GPU performance" and benchmarked in eSports titles against the R7 260X, being 1.3 times faster in Dota 2, Overwatch and Rocket League, and 1.2 times quicker in Counter-Strike: Global Offensive.