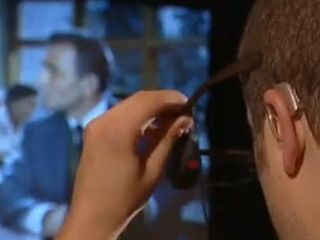 Sony is hard at work building a special pair of glasses for cinema-goers that will display subtitles to the wearer without the words having to appear on the screen.

For hearing-impaired cinephiles, the glasses will enable them to pop down to any screening rather than having to schedule their lives around special subtitled showings.

What's more, Sony reckons the glasses could hit UK cinemas in early 2012, although it's not clear how well - if at all - the specs would work with a 3D film.

We're not sure even the most dedicated film lover would be on board with donning two pairs of glasses at once.

Sony is eyeing future possibilities for its glasses tech too - like simultaneous conversation transcription so that deaf people could read what's being said to them during the course of a conversation.