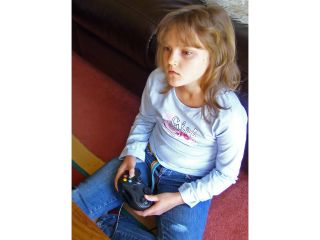 More and more young children are being treated for sleeping difficulties

NHS statistics have suggested that the number of under-11s suffering from insomnia has risen by a quarter in the past five years and, guess what, it’s technology that’s to blame.

The NHS statistics have shown a significant increase in the number of young children being treated for sleeping difficulties, and the worrying trend has inevitably led to groups blaming computer games and television.

Psychologist Chireal Shallow, of the Naturally Nurturing clinic for children's sleep disorders in London, told the Daily Mail: "A lot of the problem is guilty parenting where kids are allowed the rule of the roost because Mum and Dad come home from work late.

"Increasingly, we also don't let children play outside because of modern dangers and instead put them in front of a screen to keep an eye on them.

"The light, sound and movement of television or computer screens is stimulating and keeps children awake and there should be at least an hour's gap before going to bed."

So, in essence, what’s really causing problems for the kids is not playing games, but being allowed to play games right up to their bed time by parents.

Perhaps it’s all the trash talk from COD4 that’s leaving them squirming with gamer rage under their Transformers quilts.