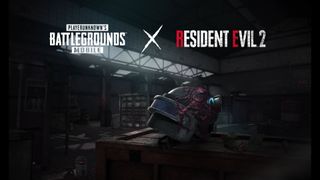 The streets of Erangel are crawling with zombies as players get ready for the much-awaited onslaught. A part of the collaboration between Tencent Games and Capcom’s Resident Evil 2, PUBG Mobile is under maintenance to introduce the zombies and bosses from the world of Resident Evil 2.

This special limited-time event which the game-makers are calling Zombie: Survive Till Dawn is exactly that. 60 players infiltrate Erangel and are tasked to survive the zombie onslaught for two nights, in addition to the enemy players.

PUBG Mobile: When can I play the zombie mode?

Tencent is seeding the update at the time of writing this post and players will be able to update the game starting February 19 from Google Play Store and Apple App Store. The new update adds a couple of exciting elements to the battle royale game and the stakes are high as ever.

The 0.11.0 update brings a couple of more additions apart from the zombie mode. There’s the Moonlight weather on Vikendi Map which adds beautiful auroras in the night sky. The players will also be greeted to a Resident Evil 2 themed lobby and music. Here’s the full changelog that comes with the 0.11.0 update:

The 0.11.0 update also makes some changes in the way players take damage. Now, the further away a player is from the safe zone, the more damage they will incur.

We got a chance to play the zombie mode early as part of the beta update and here’s what we think.