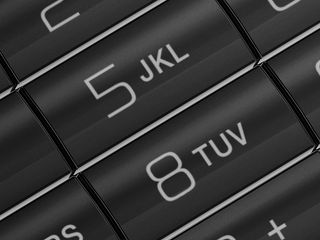 "I'm the world texting champion" - not a great chat-up line

It's around this time of year that LG wheels out its old PR trick of holding a global speed-texting competition and bribes offers people a $100,000 prize as incentive to enter.

Being fast at texting is really no big deal in this day and age, with the average teenager able to tap out an SMS message at approximately the speed of light.

Since the younger generations have now grown up texting each other, it's no surprise that winners of LG's competition are 15 and 20 years old.

Cristina and Jennifer Sales Ancines from Panama were crowned the fastest texters, although they did not manage to beat the current world record for texting on a traditional 1-9 numberpad. We're sure the $100,000 prize money will make up for that though.

One record was set though; fastest texting on a QWERTY handset. Cheong Kit Au managed to tap out a 264-character text in one minute and 17 seconds.