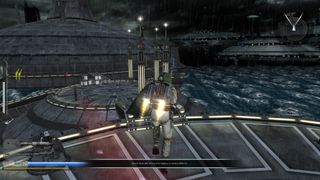 Created by Pandemic, the 2005 version of Star Wars Battlefront 2 saw its multiplayer closed down back in 2014 alongside the GameSpy multiplayer service.

Given that EA was planning to release its own Star Wars Battlefront game for consoles and PC the following year this was perhaps something of a relief to the publisher.

Now, however, Disney has decided to revive the original Star Wars Battlefront sequel, writing in a Steam store page update: “Star Wars fans rejoice! Multiplayer support has returned for Battlefront 2. Now you can draft your friends to the 501st legion and join up to 64 other players in a heated online battle for control of the galaxy.“

Conveniently, at the same time GOG is offering massive discounts on Star Wars titles (you can find more details on this here) and you can pick up Pandemic’s Battlefront 2 for only £3.19/ $3.99 right now.

This is a pretty good chance to revisit a classic before the new game is released in November. EA is gearing up to launch Star Wars Battlefront 2's beta for pre-order customers on October 4 at 8am UTC. It’ll open to everyone else on October 6 also at 8am UTC.