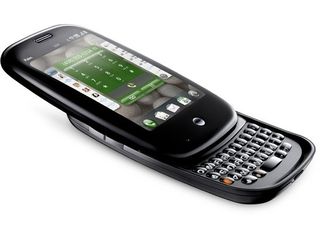 Not available for Pre order...yet

Hints at the new names for the next generation of Palm devices have surfaced – with the latest WebOS 2.0 build suggesting the likes of Mantaray, Stingray, Broadway and, oddly, Windsor.

With HP's high profile buyout of Palm, the likelihood of multiple phones running WebOS was clear, following on from the launch of the Palm Pre 2.

WebOS Internals was the site that outed the potential names, after digging through the latest builds.

Ray, ray, way and no way

As well as Roadrunner, a code string mentions Broadway, Mantaray, Stingray and Windsor and all are now being tipped as names, or more likely codenames, for multiple phones from Palm.

TechRadar can understand the reasoning behind cool sea creatures like rays, but we are expecting the Broadway phone to come pre-loaded with the cream of musical theatre.

And as for a Windsor phone, we're just knot happy at all. Sorry. Perhaps it's a one off device for Harry, Charles, William and Her Majesty.