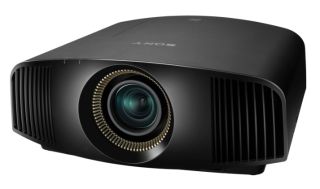 If you're already living champagne wishes and caviar dreams, Sony has a swanky new video projector that will nicely match your rich and famous lifestyle in gorgeous 4K that comes out to about $2500 per 1000 pixels.

Sony today announced a new video projector offering four times the resolution of HD, with native support for 4K content up to 60p at 4096 x 2160 that promises "breathtaking image quality."

So little, so much

The projector pushes 1,500 lumens worth of brightness, which Sony touts as offering a wider color space with more vibrant tones and increased precision; a low-latency mode also makes the unit a good fit for hardcore gamers as well.

Sony will begin offering the VPL-VW350ES later this month at company stores and authorized dealers nationwide, and the projector supports 4K services from Netflix and Amazon Instant Video out of the box in addition to Sony's own.

Techradar's coverage of the future of tech at CES 2015 LIVE is brought to you courtesy of Currys PC World. View Currys' full range of the latest TV, Blu-ray and home cinema systems here