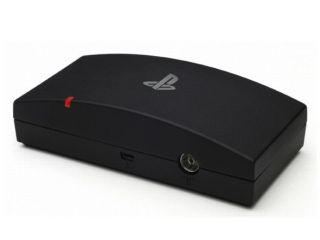 Sony has issued a free firmware update for its PlayTV device, which turns the recorder into an SD upscaler.

The new update means that standard-def footage should look sharper and contrast has also been improved.

To make sure everyone understands just what the new update brings, Sony has posted a video on its ThreeSpeach blog, where Mark Bunting, Producer for PlayTV, talks through the latest features which make the PlayTV experience "even better".

Other features the update brings include new fast-forward and rewind buttons, new volume controls and a feature that lets you skip a couple of menu items on the PSP and go straight to TV from the XMB.

To get the update, you have to go to the Software Update symbol on the PlayTV main menu. If you've never updated your PlayTV, then go to the Settings menu, click the About button and do a Game Update check.

PlayTV was launched back in 2007 and allows users to watch/record TV programmes to the hard drive of a PS3.

Despite the recent update, there still isn't the ability to series-link shows on the device – something its users are crying out for.