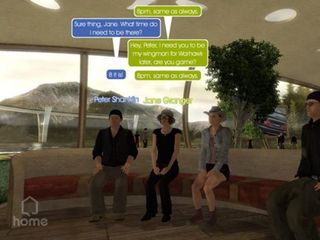 Home, home on the firing range?

Home was originally scheduled to hit the download servers as a PS3 add-on in late 2007, but that date was soon pushed back to this spring. Today’s press release moves the final release out of sight by extending the beta-testing phase.

Sony Computer Entertainment Inc (SCEI) CEO and president Kaz Hirai explained, “We understand that we are asking PS3… users to wait a bit longer, but we… need more time to refine the service to ensure a more focused gaming entertainment experience than what it is today.”

Some time in the autumn SCEI will begin an open beta test, which will allow a limited number of testers to sign up for access to the Home virtuality through their PS3 consoles.

Before that, Sony plans to expand the more restricted closed beta phase of testing - but only to invited guests - this summer. That extended timeframe suggests nothing fully public is likely until 2009 at the earliest.