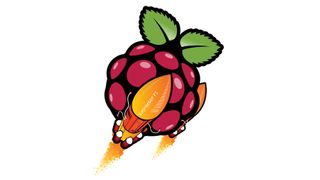 Note: Our supercharge your Raspberry Pi article has been fully updated. This feature was first published in February 2013.

We've loved the Raspberry Pi in all its forms since it first launched back in 2012. And it's increasingly obvious that the rest of the world loves these devices too. Back when the Pi first came out, we didn't think that anyone other than enthusiasts and educators would…

The Raspberry Pi has struck a chord with hobbyists the world over, in a way no other device in recent years has. Initial production runs of all the various models – from the original Raspberry Pi all the way to the latest Pi Zero model – sell out so quickly that most of us have to wait a few months before they're generally available, although even then they sell as fast as factories can make them.

This isn't surprising, given that it's a fully functional computer capable of running Linux and – in the case of the Pi 2 – even Windows 10. The Pi Zero can be purchased for under a fiver, while for £30 (around $45, AU$60) you can get a quad-core Raspberry Pi 2 with 1GB RAM and all the connectivity you need on a credit card-sized board. No wonder that the project's goal of revolutionising outdated computing education in the UK appears to be working.

One thing is for sure, though – the world of amateur hardware hacking has never been the same since the Pi first appeared. These diminutive, but fully functional, systems are perfect for adding processing power to unusual places where space and electricity are at a premium.

The recent Astro Pi project is just the latest example of Pi's being sent into space, while FishPi sees them readied for crossing the ocean, but they're also finding uses in more mundane settings, helping to brew home beer or drive remote control cars. We're going to look at some cool projects for the Pi and introduce you to the techniques you'll need to turn yours into the device of your dreams.

Thanks to the versatility and depth of Linux tools, it's easy to tune your Pi to be anything from a desktop computer to a media centre or hardware controller.