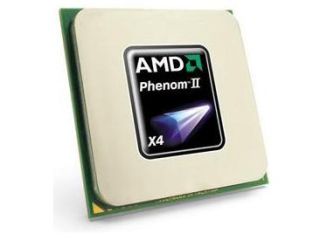 AMD's is, once again, determined to undercut similar Intel chips on price

AMD has formally released its new Phenom II X4 Black Edition chip. Clocked at 3.2GHz, AMD is once again aiming to undercut Intel on price with its $245 price point and hoping to target enthusiasts who like to tweak.

With an unlocked multiplier, overclockability is the real story of this chip, with some reports citing early overclocking attempts that have hit the 6.7GHz barrier. But there are also other suggestions across the web that it's possible to get the 45nm chip to 7GHz. At CES in January, AMD demonstrated its previous flagship X4 940 at 6.5 GHz.

With a total cache of 8MB (2MB of L2 and 6MB of shared L3), the new processor is designed for AM3 motherboards and DDR3 memory, but it's backwards compatible with AM2+ and DDR2.

AMD has also released its OverDrive 3.0 software which enables you to fiddle with speed and voltages across your processor, memory and HyperTransport.