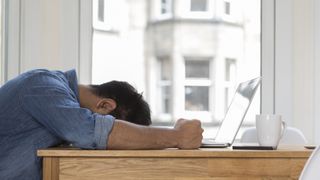 Windows 10’s string of broken updates has now gone well beyond a joke - as it seems that the latest update to be released by Microsoft has been causing network and sound issues for some users.

Microsoft has recently released Windows 10 KB4532695, an update for Windows 10 that was supposed to fix problems with Windows 10’s search function, and after only a few days it emerged that rather than fixing problems, it had caused some serious issues, including boot failures.

It’s now become apparent that the Windows 10 KB4532695 update has also introduced other serious problems, with Windows Latest reporting that users are complaining that as soon as they’ve installed the update, the sound stops working on their PC.

According to Windows Latest, one user on Microsoft’s community forum complained that “I installed the update Saturday afternoon and immediately the sound stopped working,” with Windows 10 now not recognising their speakers.

Not only is that incredibly annoying, but, rather worryingly, it seems the problem didn’t go away once the user uninstalled the update - and it even persisted after they performed a full reinstall of Windows 10.

Another incredibly frustrating problem with the latest Windows 10 Update has also emerged, with users complaining that their network connectivity has been impacted - meaning they cannot connect to the internet.

The issue seems to be impacting bother wired Ethernet connections, as well as Wi-Fi connections, and is affecting network adapters from a range of manufacturers.

While some people aren’t able to connect to the internet at all, others are reporting that they can still connect to the web, but their internet speeds are severely limited.

Using Windows 10’s built-in network troubleshooter doesn’t fix the issue - the only option is to uninstall the updated.

If you’ve encountered network problems after installing the latest WIndows 10 update, then this is how to fix those network issues.

Open up the Settings app (click the Start menu and then the cog icon), then click ‘Update & Security’.

From the window that appears, click ‘View update history’, then ‘Uninstall updates’ and select ‘KB4532695’.

Hopefully this will sort the issue for you until Microsoft releases yet another update to fix the problems its last update introduced. Microsoft seriously needs to make sure that the next update solves these problems without adding new ones – otherwise it might find its reputation suffers even more.