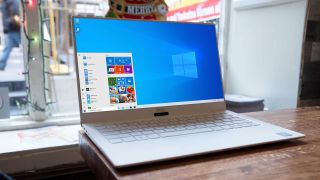 Windows 10 has received another update which promises to cure some troublesome bugs with search functionality experienced by those running the November 2019 Update (and May 2019 Update, for that matter).

Microsoft has struggled with issues pertaining to search in File Explorer for some time now, and as we observed at the end of 2019, problems remained with the search tool which broke it in several different ways, including making it impossible for some users to right-click on the search bar and paste text into it.

As Tom’s Hardware spotted, the KB4532695 patch which has just been released for Windows 10 November 2019 Update and May 2019 Update fixes these search-related gremlins.

In a support document, Microsoft clarifies that the update applies the following troubleshooting measures:

This patch has also been rolled out for Windows 10 May 2019 Update, as mentioned, although only the first fix – the problem with the grey box appearing – pertains to those users.

You’ll get the patch, as usual, through Windows Update.

KB4532695 further applies a number of other fixes and improvements, including a solution for errors when removing flash drives from USB Type-C hubs, and a bugbear whereby invitations to play in multiplayer games didn’t work in some scenarios. Apparently the accuracy of face authentication via Windows Hello is also bolstered with this particular update.

Microsoft’s cumulative updates had a pretty rocky road throughout 2019, and are still proving problematic this year, with the latest problem being a security patch for a critical vulnerability reportedly causing crashes and indeed boot failures.