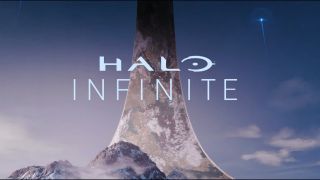 Halo Infinite, the next-gen entry in Microsoft's flagship game franchise, is now only a few months away. But if you were wondering what exactly will make it stand out from previous entries – or other games on the Xbox Series X – it seems not even the game's developers have those answers for you.

A video released by 343 Industries – the team that took over development of the Halo franchise after Bungie got busy with Destiny and Destiny 2 – teases a host of new and "unique" features never before seen in a Halo game, thanks to its new Slipspace engine.

While there's little in terms of concrete spoilers for the game, despite apparent sightings of a grappling hook in screenshots of the game – hey, Doom Eternal did it – there's a lot of talk of the game being able to change during its lifespan on the Xbox platform.

David Berger, the game's engineering director, says that Slipspace was specifically designed to allow the introduction of ideas and gameplay features they couldn't have conceived of earlier in development:

There's chatter in the video about responding quickly to fan feedback – specifically from the Xbox Insider program – for the live servers for Halo: Reach and Master Chief Collection, and it seems like Halo Infinite will double down on that reactive attitude to Infinite's multiplayer.

"Designers are more empowered themselves to actually tackle a problem and prototype something quicker and faster than we've ever done before," says multiplayer director Tom French.

Infinite potential, but little to say

Despite the incoming release date, we really know very little about Halo 6.

Bonnie Ross, head of 343 Industries, states that the title is really just "getting started", which is a curious position for a game scheduled to ship this year.

There's been plenty of hints that Halo Infinite may lean into a game-as-service structure in the vein of Destiny – something that even the game's title seems to suggest – and this would make the lifespan of the game likely much longer.

Microsoft may well be keen to use its flagship franchise to show off the latest technical capabilities of its consoles and servers – and live games are where the industry is going. It would certainly be a significant shake-up of the Halo single-player campaigns we've come to expect.

The Slipspace engine was designed specifically for Halo Infinite, and will likely be the basis for a number of new titles in the franchise, if not other franchises published by Microsoft too.