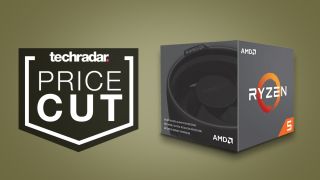 Currys' Black Friday deals have arrived, and while the computing deals include a lot of discounted laptops that aren't really a great fit for modern gaming, there are a few nice AMD CPU deals hidden in there for PC enthusiasts. Three AMD Ryzen 3rd Generation processors are discounted, if you're thinking of building a new gaming PC, upgrading your old one (not in the UK? Scroll down for deals specific to your region).

We want to draw particular attention to the AMD Ryzen 5 3600X. Currys has price-matched Amazon on this excellent mid-range CPU, which we awarded five stars in our review. If you want an affordable 6-core processor with fantastic performance, it's had a price drop of £36.

AMD Ryzen 5 3600X: £200 at Currys
A great CPU for a midrange gaming PC. The 3600X comes with support for ultra-fast fourth-generation M.2 SSDs, some tasty boost clocks, and (like all the Ryzen CPUs on this list) an included AMD Wraith cooler.View Deal

AMD Ryzen 7 3800X: £340 at Currys
£45 off a high-end part. The 3800X is a beast for CPU-bound professional tasks as well as gaming, coming packaged with an RGB-loaded Wraith Prism cooler that keeps this chip cool enough for a spot of overclocking.View Deal

A few of the AMD deals on Currys have already sold out, so you might want to act fast if anything takes your fancy. If you're not in the UK, don't sweat it. Check out deals on the AMD Ryzen 5 3600X where you are, if you're looking for a discounted processor for this Black Friday.