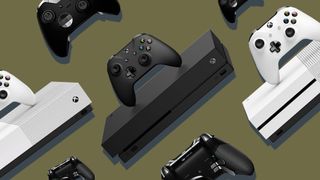 A decade is a long time in the games industry. The highs and lows that Sony, Nintendo, and others have experienced show the industry’s constantly evolving and, at times, volatile nature.

Xbox has faced bigger contrasting fortunes than its peers though. Microsoft’s gaming brand was doing extremely well as 2010 heralded the start of a new decade, but the last 10 years haven’t been straightforward.

So join us while we take a look back at the last decade of Xbox, including all its highs and lows, and look to the future of the brand as the next-generation Xbox Series X looms on the horizon.

Bizarre decisions over the last decade have left Microsoft playing catch up with its competitors, and it’s only recently that the company has managed to recover the goodwill it amassed during the Xbox 360 days.

It wasn’t supposed to be like that. With Xbox 360 sales closing in on the 40m mark in January 2010, and 80m units sold by the Xbox One’s release, Microsoft was more than holding its own.

Things changed with the Xbox One’s arrival. Former executive Adam Orth’s comments about the Xbox One’s “always online” functionality, ahead of its official unveiling, put Microsoft on the back foot. That ill will continued with the console’s reveal as an all-in-one home entertainment system - a critical decision that alienated Xbox’s core gaming audience.

Other choices, including the console’s DRM restrictions and insistence on keeping the Kinect device plugged in at all times, also backfired and led to Microsoft performing a U-turn after fierce criticism. The damage, though, had been done with gamers feeling betrayed over privacy concerns, game-lending, and primarily pushing the device as a TV platform.

The console’s lack of first-party titles also contributed to its slow start. 11 of its 23 launch titles were exclusives, but just two - Dead Rising 3 and Forza Motorsport 5 - broke the 2m sales barrier. With both games being part of various Xbox One Holiday bundles, however, it’s easy to see why they ‘sold’ well.

It has remained a trend that the Xbox One has been unable to shift, with Minecraft: Xbox One Edition and Halo 5: Guardians being the only two first-party games to crack the console’s top 10 best-selling list.

It’s a problem that the next-generation Xbox Series X needs to address if Microsoft wants to reel in its competitors. Under its overarching Xbox Game Studios publishing brand, the acquisition of developers including Ninja Theory, Double Fine, Obsidian, and Undead Labs should help to produce more and better exclusives, but time will tell if they have enough to win back fans that the Xbox brand has lost.

With the Xbox brand struggling, Phil Spencer’s promotion to Head of Xbox helped to refocus the brand’s main aim and put gaming at its core once more. The evolution of the Xbox One’s home page has served as proof of that, with gaming apps put front and centre ahead of other entertainment tiles. The gradual phasing out of the Kinect accessory, and its eventual discontinuation, underlined this fact further and showed that Microsoft was finally listening to what its fanbase wanted.

Microsoft’s biggest Xbox One success came through its backwards compatibility feature. Announced at E3 2015, the Xbox community praised Microsoft’s desire to right the wrongs of the console’s early years and give back to its fanbase. Gamers no longer needed to purchase already-owned titles on the digital store if they wanted to play Xbox or Xbox 360 games. Simply owning a physical copy allowed players to take trips down memory lane on Xbox One whenever they liked, and it’s a feature that has become a core Xbox staple.

The Xbox One’s redemption hasn’t stopped there. Microsoft’s Games with Gold initiative, whereby gamers can download up to four games a month with an Xbox Live subscription, is still going strong. The introduction of cross-platform play, which enables Xbox One owners to play with gamers on other consoles, computers, or smartphones, is helping to nullify the long-running ‘Xbox vs PlayStation’ argument. The Xbox App, which replaced SmartGlass, supports local game streaming from Xbox One console to PCs or tablets as long as an Xbox One controller is used.

Other Xbox One consoles - the Xbox One S, Xbox One S All-Digital Edition, and Xbox One X - have allowed Microsoft to properly target other consumers too. The cheaper S models have enabled parents on a budget to buy a console for their kids, while the X lets gamers play in 4K thanks to its powerful specs. The Xbox Elite Wireless and Xbox Adaptive controllers - targeting professional and disabled gamers - give people of all skill levels the chance to play games, and tie into the brand’s new “When everyone plays, we all win” ethos.

The future looks bright for Microsoft. Its Xbox Game Pass subscription service, which grants users access to an ever-expanding gaming catalogue for a single monthly fee, will only get better. Project xCloud - currently in its preview phase - will let players stream games to their smartphones or tablets directly from the cloud over an internet connection.

Xbox Series X, the next Xbox iteration that’s set for a late 2020 release, could cement Microsoft’s improving relationship with gamers. As long as Microsoft’s claims about its power, speed, and performance are true, it’ll have an interior to match its stylish exterior. The controller’s ‘share’ button - an oft-requested feature and one that Sony have successfully implemented on PS4 - will boost Xbox’s social media presence, especially if the games are beautiful and fun to play.

Halo: Infinite and Senua’s Saga: Hellblade 2 are the only two confirmed Series X titles so far, but Microsoft will need a stellar launch day lineup to prevent another slow start. Various console models, much like the Xbox One’s lineup, will be key to enticing players with different salaries and gaming preferences to buy it too. Expect Microsoft, then, to unveil its budget, mid-range, and top-line Series X consoles in the coming months.

The Xbox brand has been revitalized and, with Spencer at its helm, it could seriously compete with Sony and Nintendo in the next-generation console wars. Providing Xbox Series X’s consoles aren’t expensive, its exclusive titles are gorgeous and enjoyable, and features like Game Pass and xCloud continue to improve, the next decade can be more successful than the last for Xbox.