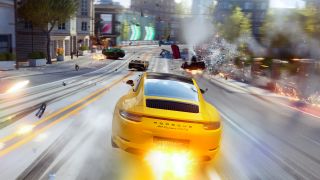 After officially revealing the existence of an Xbox Live Software Developer Kit (SDK) for mobile back in March, Microsoft’s online service has now received its first confirmed iOS and Android titles, courtesy of developer Gameloft.

Gameloft’s announcement has revealed that the flagship mobile titles Asphalt 9: Legends, Asphalt 8: Airborne, and Dragon Mania Legends are all confirmed to be receiving some degree of Xbox Live integration.

The nature of the SDK means that developers are able to cherry pick the features of the online service they wish to incorporate into their games, and according to Gameloft, players of the aforementioned mobile games “will be able to unlock Xbox achievements, view their Xbox friends list, and compare their rankings with Xbox leaderboards, and more.”

The language used in the developer’s announcement also indicates that these three games aren’t the only ones Gameloft intends to bring Xbox Live support to, so we can likely expect more features and titles to be added to the list in the months and years to come.

Asphalt 9: Legends, Asphalt 8: Airborne, and Dragon Mania Legends are all available for free on either iOS or Android.

As for when we can expect to see the new integration land on these titles, Gameloft simply says “in the coming year”, and to expect “more features and announcements to be made in the future”.