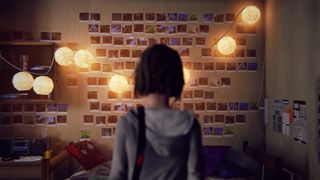 While its fortunes have waxed and waned over the last few decades, the adventure game genre has persisted, and consistently proven itself to be an essential part of of the videogames universe. Inspiring developers to think about narrative and story in their work, and providing countless cult and mainstream gems over the years, adventure games have also served as a medium for presenting players with profound moral quandaries, while  transporting them to curious and immersive worlds.

With the genre currently experiencing a renaissance, we thought this was the perfect time to draw up a list of our personal favorite games – so here are the top seven games that are available to modern PC players, from remastered classics to clever contemporary takes on the genre.

A stone-cold classic. The Secret of Monkey Island should be the starting point for any gamer looking to investigate adventure games, and is often uttered in the same breath as other classics when talking about the genre.

There’s a good reason for that. With industry veterans Ron Gilbert, Tim Schafer and Dave Grossman all working on this title, the writing is still considered some of the best ever. Mixing clinical self-referential humour with an intrepid story about a clumsy young protagonist who dreams of becoming a mighty pirate, The Secret of Monkey Island is an unmissable odyssey with much to offer.

The game received a fully voice-acted remake in 2009, and it’s the best way for new players to experience the tale – and if you don’t like the modern visuals you can always switch to the 16-bit experience at the touch of a button.

A revolutionary modern development of the adventure game format, Telltale’s iconic choice-driven games shook up the traditional recipe in a meaningful way, focusing on dialogue trees and offering a deliciously palatable episodic structure.

This formula is best realized in The Wolf Among Us, a five-episode series based on the ‘Fables’ comic book series, in which characters from folklore strive to survive in modern society. You play as Bigby Wolf, a troubled protagonist caught up in a grisly murder mystery. Cutting dialogue and a gritty cell-shaded art style ensure it sticks out to this day amid Telltale’s bustling and licence-heavy catalogue.

A highly ambitious 3D adventure game that blends Aztec mythology with sophisticated film noir, Grim Fandango is widely considered as one of the greatest games ever made.

In a story set across four years, you play as Manny Calavera, a travel agent for the ‘Department of Death’, responsible for helping those on their way to the afterlife. The cinematic and highly nuanced story is accompanied by gorgeous pre-rendered backgrounds and Tim Schafer’s clever writing (and trademark confusing puzzles.) Double Fine recently acquired the rights to the game from LucasArts, delivering a remastered version in 2015. Most importantly, it comes packaged with a modern alternative to the woefully frustrating tank controls found in the original.

Dontnod entered the adventure game fray in 2015 with Life is Strange, and skillfully reminded everybody that the genre can be deeply relatable and emotional, while retaining a sense of humor.

Grounded in a modern high-school setting, Life is Strange follows Max Caulfield and her vagabond companion Chloe Bishop, invoking the supernatural to complicate dialogue choices and create a reality-adjacent world that is extremely compelling.

Prepare to laugh, cry and yell as you relive your blunder years and experience the peaks and valleys of one of gaming's best relationships in decades. Just remember that Bae comes before Bay. Always.

The Who Framed Roger Rabbit of video games, Toonstruck is one of the most experimental, idiosyncratic adventure games ever made. Mixing live action performances with cartoon animation, Toonstruck drops you into the shoes of Drew Blanc, an animator sucked into his own TV show who is forced to save his creations from the twisted Count Nefarious.

Blanc is played by Christopher Lloyd of Back to the Future fame, with Tim Curry, Jim Cummings and Ben Stein lending their talent to its wacky narrative. The stellar cast is complemented by an unforgettable world packed with hilarious puzzles and compelling characters. Luckily, it was recently saved from obscurity, making its digital debut on both Steam and GOG.

An adventure game for millennials, by millennials, Night In The Woods perfectly captures the modern miasmic experience of moving back to your hometown and finding that it's not what it used to be.

Developed by Infinite Fall, this brutally honest exploration of mental health and decaying relationships is set in the sleepy town of Possum Springs, where anthropomorphic protagonist Mae Borowski returns to reconnect with her old friends and confront an impossible task: figuring out what to do with her life.

A triumphantly written, forward-thinking adventure game, Night in The Woods offers tons of impactful interactive gameplay segments, all the while weaving an enigmatic narrative, told through a menagerie of likeable animal characters who you’ll be thinking about for weeks after its bombastic crescendo.

A game that leans hard into the abundant potential for absurdity in adventure games, Day of the Tentacle is a time-traveling adventure from the seasoned minds of Tim Schafer and Dave Grossman.

Experience sensoryl whiplash as you’re sent between the future, the past and the present to save the world from the evil Purple Tentacle. This is thanks to the ‘Chron-o-John’, a toilet TARDIS that lets the player swap items between characters to solve puzzles across time periods.

It's a novel idea that was groundbreaking in its heyday, but still holds up well today thanks to the 2016 remastered release from Double Fine. With masterful artwork from Peter Chan, and a rousing score from the legendary Peter McConnell, this cult classic is still essential playing 25 years later.