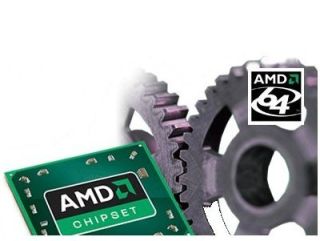 To ensure longer battery life, the AMD M690 also has a new memory technology known as Display Cache1. It's designed to allow the processor to operate in low-power mode without accessing system memory. AMD says this could extend battery life by up to 30 minutes over the company's previous mobile tech.

The chipset is the first to support the former ATI technology, Avivo, which enhances video playback. There's also support for HDMI and DVI.