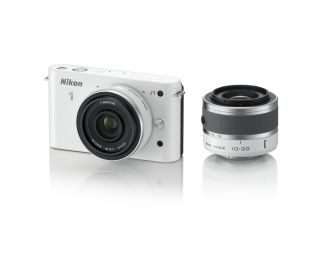 Nikon is offering a cashback deal on its compact system cameras

Customers buying either model or lens combination between 2nd February and 2nd April 2012 will be able to claim back £50 cashback.

All claims must be received by the 30th April 2012 in order to qualify.

The Nikon 1 system comprises of the Nikon 1 V1 and Nikon 1 J1 cameras, which were announced in September 2011.

They are the first mirrorless models from the company, with both featuring a 10.1 million pixel sensor, EXPEED 3 processor and the new Nikon 1 lens mount.

Several key differences mark the duo, with the J1 being the entry-level model. The V1 features an electronic viewfinder and higher resolution screen, while the J1 houses an in-built flash.

There were mixed reactions to the pair upon their release, but the J1 has since gone on to top the compact system camera best-seller list, according to figures published by Nikon.