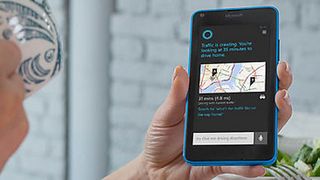 Cortana will soon be able to understand self-deprecating British humour, but will it understand Aussie larrikinism? It's been announced that digital assistant Cortana will reflect the language, speech patterns and "local personality" of each market when it launches alongside Windows 10.

Though Australia is not one of the territories that will get a localised Cortana at launch, the update will be available to Australian customers of the Windows Insider Program.

A blog post by Microsoft reads: "Cortana understands how highly the UK values self-deprecating humor. Dryness and irony are traits that filter subtly into her personality, and she uses playful sarcasm in her responses if she senses you're fooling around."

No 'your mum' jokes

Microsoft has yet to reveal exactly what that means, but we're assuming it'll be well placed within your searches and not just spouting a bunch of Dame Edna or Kath & Kim quotes from the screen.

Microsoft said: "We craft Cortana's local personality based on insights about each culture while at the same time staying true to the foundational principles that are universal to all markets: Cortana is positive, confident, intelligent and transparent."

The update will launch in the US, UK, China, France Italy, Germany and Spain on July 29 upon the launch on Windows 10.