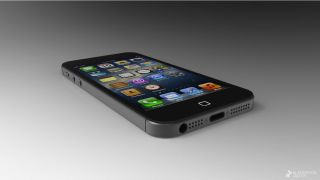 iPhone 5 - not being replaced

The iPhone 5 will not go through a price drop as prior iPhones have done, but will instead be replaced with the iPhone 5C.

The iPhone 5 was released last year by Apple, but the arrival of a second new iPhone that is aimed at the more budget market means that it will be put straight out to pasture.

It's not all doom and gloom for the iPhone 5 - it will be getting the iOS 7 update. And for those that want to know when, the iOS 7 release date is September 18.

The iPhone 5 was the first longer iPhone, and it has been a big success for Apple despite some early difficulties with the software (especially maps).

The arrival of the 5C was always likely to push the iPhone 5 out of the Apple family and so it have proved.

The decision to entirely replace the iPhone 5 was announced by Tim Cook before the introduction of its successors on September 10.