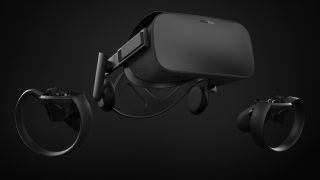 Windows 10 may be getting replaced soon with Windows 10 S, but, for now, it’s the most popular OS option for PC users and virtual reality (VR) headset owners.

Still, up until now, the Oculus Rift has worked on older systems like Windows 8.1 and Windows 7, for the minority of users who can’t or don’t want to upgrade. But, with Oculus’ recent updates to its Desktop and Dashboard, the company says it needs to finally leave those older OSs behind.

In an announcement today, Oculus reassured Windows 8.1 and 7 users that they could continue to run all currently available VR content on these old systems.

However, it warned that these users “may not be able to use many new and upcoming features and apps”, which will be Windows 10-exclusive.

In its “Why Now?” section, Oculus noted that Microsoft no longer provides mainstream support for Windows 7 and 8.1, and that only Windows 10 would allow it to meet “performance standards” necessary to implement its newest software upgrades.

Thankfully, users will still have access to the best Oculus Rift games and apps that they’ve already purchased, and won’t have their headsets completely bricked.

But, if you plan on buying the rumored Oculus Rift 2 headset, it’s probably a safe assumption that it will require Windows 10 from jump street to power all of its advances specs and tricks.

In theory, this announcement won’t affect too many users. Oculus’ reported data states that 95% of Oculus owners already use Windows 10.

But, a vocal minority in the comments of the post already have leveled their dismay at missing out on future content.

“Please do not drop windows 7 support. I use the rift at work and we can not update to past windows 7 or it breaks support for about half of our hardware. It's simply not an option for some of us,” the top comment reads.

Oculus also posted new minimum and recommended specs for the headset, which you can find below:

So, if you plan on pulling the trigger on an Oculus Rift deal, think about whether you're okay with finally abandoning 8.1 or 7 to get the most out of your VR headset.