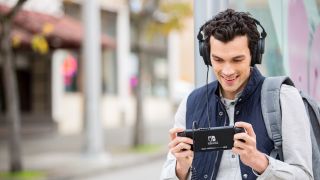 One of the most glaring holes in the Nintendo Switch feature set, video streaming, may finally be closed, judging by a slip-up in an updated Best Buy product listing for the console.

Business Insider scoped the listing (seen below) for a Nintendo Switch bundle that includes a microSD card, which beneath directly name drops support for Netflix and YouTube.

The listing reads, “Get access to a world of instant entertainment with this product. Just connect to the Internet and stream movies, listen to music, and access a wide variety of other content.”

These specific elements of the listing have since been removed.

Since this is not a leak from an unofficial source and was made public by Best Buy itself, it’s more than likely that these two streaming services are heading to the console.

Frankly, it wouldn’t be a surprise at this point for Nintendo to make the long-awaited announcement during its imminent E3 2018 press conference.

Shoring up the gaps

The Nintendo Switch isn’t exactly a stranger to streaming services, with Hulu having been available on the console since last November. So, perhaps it was only a matter of time for the product to gain Netflix and YouTube as well.

However, Nintendo sure has been dragging its feet on bringing a fuller offering of video content services, especially considering how easy it should be to bring these apps to the console. After all, the Switch is powered by an ARM-based processor and its operating system is based in part on Android.

Not only will this move shore up its gaps in content offerings, but it will bring the console closer in parity to its rivals in the gaming space much less the tablet world. Get your popcorn ready, because the Nintendo E3 2018 keynote starts at 12pm ET/5pm BST.