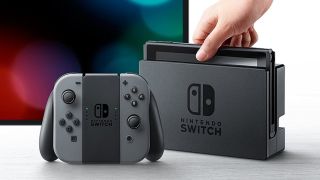 It’s taken a while, but the Nintendo Switch is finally getting its first video streaming app: Hulu.

There’s been little fanfare around the announcement – in fact, it was first revealed when Nintendo sent out its weekly “Nintendo Downloads” email and Hulu was spotted quite far down the list of upcoming apps.

It’s now been confirmed by Hulu that the app will be available to download later today on the Nintendo eShop. It’s likely to become available when the eShop has its regular update at around 12pm ET.

The Switch will receive the fully-fledged Hulu app which will include the company’s live TV package and on-demand subscription service.

The app will be free to download and for new users there’s a free trial period to take advantage of. After that, it becomes a subscription service which costs $7.99 per month for the core on-demand service or $39.99 to include the Live TV plan.

This will be the very first video streaming app on the Nintendo Switch, though it’ll only be available for North American users as Hulu is a US-based service. It does, however, set a good precedent for other more-worldwide services such as Netflix to come to the console soon.

Given its hybrid nature, the Switch is an excellent console for streaming films and TV shows and it's a feature that's been highly requested since the console's launch.

It’d be very easy to start watching something on your TV when the console is docked, for example, before picking it up and continuing to watch on the go. Combined with a portable dock it could be the perfect all-in-one entertainment hub for frequent travelers.