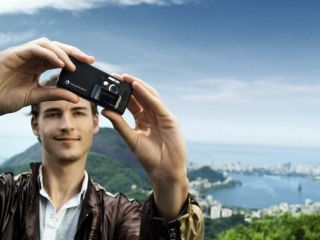 A draft bill aims to stop children and adolescents being secretly photographed - by forcing all mobile phone manufacturers to include a 'click' sound when a snap is taken.

The draft bill states: "Congress finds that children and adolescents have been exploited by photographs taken in dressing rooms and public places with the use of a camera phone."

The idea of a phone making an audible 'snapping' sound that can be heard in a given radius might deter some people... though physically disabling the speaker, or even using normal cameras (which aren't included in the bill) are easy ways for sneak photographers to bypass making noise.

However, the notion isn't as preposterous as you might think... according to the Gadget Lab, a similar law is present in Japan, requiring all phones used to make a clicking sound to alert others of a picture being taken.