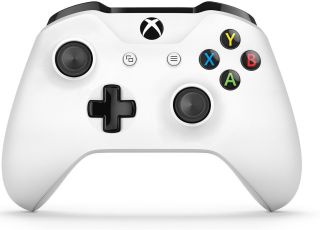 Microsoft has been driving to make gaming more accessible. Last year, the company launched the Xbox Adaptive Controller in an effort to help gamers with disabilities play Xbox. But it hasn't stopped there.

According to a new patent (spotted by Windows Latest and published by WIPO), Microsoft has filed a patent for a game controller with haptic braille chording capability.

The patent details a gaming controller which includes "various adaptions that provide alternative input and outputs to facilitate game play by sight-impaired or blind users".

You can check out the design image, included in the filing, below:

How would it work?

According to Microsoft's patent filing, the design of the controller would mean players can encode braille characters using "a number of paddles [on the] "game controller housing".

This would allow players to play a game using the controller or to enter text using braille. The patent details that the combination of the paddles (a removable panel accessory attached to the back of the controller) will provide haptic feedback to the player, allowing them to receive and input braille through contact with the paddles.

In addition, the accessory would even be able to convert speech to braille, allowing users to input using sound as well as through contact with the paddles.

The patent goes on to explain that the improvement of graphics in modern games, and fast paced games such those in the fighting genre, have made play more difficult for the sight impaired and blind users who may be limited by a game's accompanied audible feedback or lag.

"Although the gaming industry has made some progress towards improving a game's general accessibility, a need remains for improved game controllers and accessories that address the very specialized manner in which visually impaired or blind users interact with videogames," Microsoft writes.

The patent also explains that the controller will be the size of the typical Xbox One controller, however Microsoft acknowledges this won't suit all users.

"It will be appreciated that different target audiences may be determines and specific controller sizes and/or shapes employed in a game controller design to accommodate a particular target audience," the patent states.

How would this work? An example Microsoft lays out is that the controller could include controls on both the top and the bottom to allow for easier use. The company also states it's aware some users may have different needs in shape, size, texture and position of controls.

Will it just work with Xbox One?

It doesn't appear so. The patent details the controller can be configured to translate output to computing devices such as laptops, game consoles, mobile phones and tablets. Whether these need to be Microsoft products however is not specified.

The Xbox Adaptive Controller only works with Xbox One games or Windows devices that support the Xbox One Wireless Controller. Whether this will be the case for the braille controller hasn't been outlined.

However, it looks like Microsoft is aiming to improve accessibility for gamers or various needs. We've contacted Microsoft for comment, but in the meantime let's just hope the new controller isn't as expensive as the Xbox Adaptive Controller...