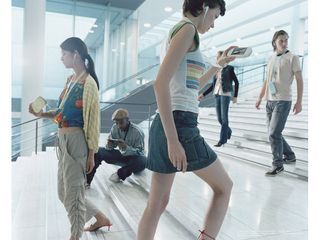 Sony's smallest PlayStation may be in for a facelift soon

In a move that signals a possible revamped version of Sony's PlayStation Portable as imminent, the Japanese giant has admitted that the most recent firmware update allows its CPU to run 25 per cent faster .

Until firmware version 3.50 became available last month, the PSP had been restricted by its own operating system to running at just 266MHz. Sony admits that this so-called 'throttle' has now been removed, allowing the processor to run at its full 333MHz.

A 67MHz speed boost may not seem like much. But it allows software developers to write games that will look better and which will be more smoothly animated. Additionally, the move suggests that a new version of the handheld that can better handle the faster processor and games without adversely affecting battery life is just around the corner.

Speculation about the redesigned PSP has so far focused on a physical change to make the machine smaller, a touch-sensitive screen and a longer-lasting battery.