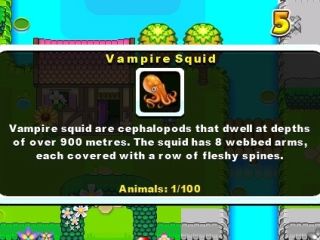 1000: Find em' All for the iPhone combines a virtual adventure world with real world mapping

Glu has revealed its iPhone and iPod touch gaming line-up for Christmas 2009, with a range of innovative new uses of Apple's tech in its games – including an adventure game that syncs with Google Maps.

1000: Find 'em All is an adventure game where the player is tasked with collecting 1,000 objects, through investigating the Zelda-esque game world on your iPhone or iPod touch and through finding Wi-Fi hotspots in your locality via Google Maps.

The game is an interesting new concept, combining the real-world locations that surround you on your travels with the virtual world of 1000: Find 'em All – TechRadar looks forward to trying out a preview version of the title soon, to see if the gameplay is anywhere near as good as the ideas behind it.

and the 15-hours plus of gameplay in the adventure

All the above titles are set for release over the coming months via Apple's App Store.