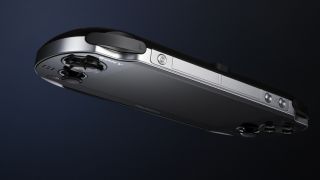 The family gets united

Gamers will be able to buy the PS4 and PS Vita bundled together for £500 or less starting tonight, Sony has confirmed.

A Vita bundle was recently spotted in an advert in MCV, confirming that we'd see the two in one box this December. However Sony has told TechRadar that you'll be able to get the pair even earlier, with bundles available at select stores from tonight.

"We're working with retailers to make sure you can get the two for £500 or less," Sony UK boss Fergal Gara told us. "It's a PlayStation point of difference, it's still beneath the £500 price point."

Match made in heaven

Gara told us that this would be "excluding software" when bundled below the £500 price. "You'll see offers starting tonight," he confirmed.

In terms of the Vita's future, Gara believes the handheld is moving more with the times and will only get stronger with PS4 Remote Play.

"We see it becoming quite a digital device," he said. "The appetite to consume digital games on Vita and that portfolio of titles is growing."