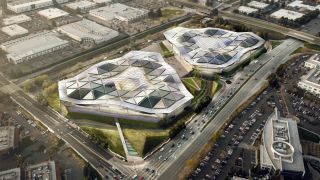 Nvidia won't release an ARM-based server chip and will instead focus on getting its Tesla GPU into servers for a foreseeable future.

Speaking to PC World, Ian Buck, vice president of Accelerated Computing at Nvidia, said: "That's [ARM server processors] not something we're doing today," before adding, "We should continue to focus on building great GPUs for them."

The company announced that it will be instead collaborating with Applied Micro to deliver a combination of the latter's X-GeneARM64 CPU with Nvidia's Tesla K20 GPU to interested ODMs.

Nvidia released its first 64-bit chip, the Tegra K1, earlier this year, but it is likely that it wants to capitalise on becoming a partner rather than a competitor to emerging ARM64 vendors.

Intel, which sees ARM as a major existential threat, has been busy working on products capable of matching its performance per watt metrics.

Its Rangeley range packs up to eight Atom 64-bit cores clocked at up to 2.4GHz, with a TDP of 20W.