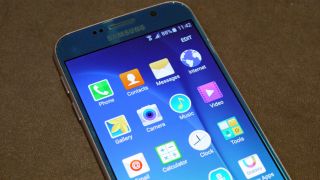 Samsung typically releases a variant of its flagship device several months before introducing the next iteration to the market.

It won't come as a massive surprise to many that the recently launched Samsung Galaxy S6 will eventually see a new version and it'll likely be launching before the end of the year.

That number is particularly similar to SM-G870A, the code behind AT&T's Galaxy S5 Active – could this mean the next Galaxy S6 Active handset is already in production?

There is no guarantee the two devices are related just yet but we can speculate it will be here before the end of the year.

The Galaxy S6 Active version may introduce a number of new features such as a dust and waterproof design, a feature many have criticised Samsung for dropping from the Galaxy flagship range.

So far no other details have been leaked, it'll be quite hard to improve upon the Samsung Galaxy S6, which we loved upon first look.