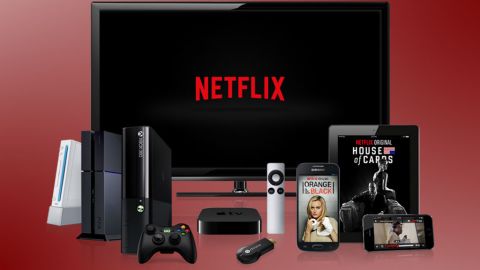 Netflix is without a doubt the best streaming service in Australia. It's affordable and works flawlessly. It's easy to see why Netflix is the gold standard in streaming.

UPDATE: Netflix Australia has raised the price of its Premium plan once again, which you can read about right here. Updated details below.

Streaming has taken off in a big way in Australia since the launch of Netflix and Stan in 2015, changing the way that Aussies approach entertainment consumption, while also paving the way for the likes of Foxtel Now and Amazon Prime Video.

If you're having trouble deciding on which streaming service to choose, we're here to make that decision as easy as possible for you.

Netflix has evolved quite a bit since its launch, having added more functionality and content to keep up with customer demands and the constant innovation seen in the smart TV market.

While all of the SVOD services in Australia have terrific content on offer, Netflix remains the undisputed king of streaming. Read our in depth review to find out why!

(Almost) the cheapest stream around

Netflix Australia starts from $9.99 per month for the entry-level, single-stream standard definition package, all the way up to $19.99 for the deluxe, 4K quality, four-stream package.

For a long while, that made Netflix the service offering the cheapest stream in Australia. However, Amazon Prime Video has since launched Down Under, which offers its service for $6.99 per month, effectively taking the 'cheapest stream' crown.

While not everyone is going to be able to take advantage of 4K streaming quality, either due to the resolution capabilities of their TV set, or the bandwidth quality that's available to them, the package is unquestionably great value.

If you're worried about the kind of stream quality you're going to get from the service, never fear: you can try Netflix out with an obligation-free 30 day trial period.

While we can't really recommend the standard definition package to anyone who can help it, it is a nice option for those with poor-quality internet connections.

Most people will want to opt for the middle range package, giving customers access to two simultaneous streams of 1080p content for $13.99 a month.

Please note, If you plan to stream Netflix on an Xbox 360 or Xbox One, you'll need to have an Xbox Live account. That isn't a Netflix thing; it's a Microsoft thing, and it applies to Netflix's rivals, too.

Though its competitors are slowly improving in terms of device compatibility, Netflix remains king, playable on just about everything.

Like Stan and Presto, Netflix can be viewed with the use of a Google Chromecast, Apple TV, iOS device, Android device, PC, Sony' PS4 and PS3 consoles, and a range of Smart TVs. Unlike those services, you can also watch Netflix on Microsoft's Xbox 360 and Xbox One, Nintendo's Wii U. It can also be watched on a range of set-top boxes and media players like Roku player and Fetch TV.

Though Netflix was previously viewable on WD TV Live media player devices, that functionality has since been patched out, with Western Digital choosing to focus on what it's good at – streaming content from your computer to your TV.

Speaking of Roku, Netflix is now also available on the Roku 2-powered Telstra TV streaming box, which. along with the PlayStation 3 and 4, can provide access to all three of Australia's major SVOD services.

It should be noted that not all devices can stream Netflix in 4K. This functionality depends on your 4K smart TV has an in-built Netflix app, or if you've got 4K-ready device, like the Xbox One S or Xbox One X, the PS4 Pro, an Ultra HD Blu-ray player, or the Fetch TV Mighty.

Netflix also offers some of its content in HDR and Dolby Vision, depending on your television supports the high dynamic range formats.

Getting Netflix up and running is remarkably straightforward, and should be easy enough for even your tech-illiterate mum and dad to set up without any problems – simply create an account and use your login details to sign in to any of the devices listed above.

The signup process involves the usual entering of your details, moving on to choosing one of the three packages Netflix offers.

Because Netflix prides itself on its recommendation algorithm, you will be asked to pick three shows or films that you'd like to watch or know that you enjoy from a range of options.

Choose carefully, because these choices will form the foundation of your Netflix recommendations experiences for the foreseeable future.

While Netflix will continually tailor its recommendations for you based on what you actually watch, your initial choices will still be used to recommend you stuff years later.

Once you've created a profile, you can start adding shows and films to your Netflix 'My List'.

You can make multiple profiles, of course, so everyone in your household can get a personalised set of recommendations and keep their own queue of shows.

There's even a ready-made profile exclusively for kids, with all the inappropriate stuff filtered out.

Those who've used an overseas Netflix service before can rest assured that Netflix Australia's interface is completely identical (aside from its content selection).

Those who are using Netflix for the first time shouldn't have any trouble navigating its user-friendly interface, which separates Netflix's content into a number of different genres and categories that you can swipe through to see what's on offer.

The shows and movies you've watched most recently are at the top of your Netflix screen, allowing you to jump right back in and continue watching, and following right after is the 'My List' category, giving you easy access to all of the shows you've queued up for later perusal.

From here, you'll get categories that show you what's currently popular on Netflix, the service's 'Top Picks' for you, which are based on 'thumbs up/thumbs down' ratings handed out by people with similar viewing habits to you. Eventually, genres and recommendations become more specific to your interests as you continue to watch different kinds of programmes and movies.

Admittedly, it can be annoying to have to scroll through several layers of categories to get to the sections you actually want to browse.

Rather than show you everything the service has on its front page, Netflix would rather maintain a level or mystery surrounding the size of its library, opting instead to give you a taste of what it has, and then keep springing new suggestions on you based on what you watch. If you do want to see everything the service has to offer, you'll need to visit each individual genre separately and scroll through its offerings.

Thankfully, it's been revealed that you can now unlock a huge number of oddly specific categories on the web version of Netflix by adding a numerical code to the end of a certain URL. The trick gives you access to such genres as 'Understated Movies based on real life' and 'Gory Italian Movies from the 1980s.

The constantly shifting nature of Netflix's suggestions gives the service the illusion of having more content than it actually does – it's like this in every territory.

Hop into a programme and either choose a specific episode from a specific season or continue from where you were last at – Netflix will always remember your spot.

Unlike Stan, Netflix gives you subtitle options on pretty much every single show in its range, as well as different language tracks where available – this is a huge win for the hearing impaired and those with a language barrier.

When it comes to actually watching content however, Netflix completely outclasses its competitors.

Even on a moderate broadband connection, our streams began almost immediately after hitting the play button – we only ever experienced two or three seconds of loading before the start of a show, and within ten seconds of it starting, Netflix's variable bit rate had already cleared the image up into a pristine, high-definition presentation.

That variable bit rate is the truly what makes Netflix so special, allowing the quality of your stream to seamlessly go up and down depending on your connection, rather than stopping your show dead in its tracks in order to buffer.

While watching Netflix through a VPN and Smart DNS has always been a fast and smooth experience, local Netflix feels even faster and smoother.

Best of all, Netflix has finally introduced offline viewing, meaning that users can now download certain TV shows and films to their iOS and Android apps. On top of this, it is now possible to use Netflix's offline viewing functionality in the Windows 10 PC app. It's worth noting that this will only work within the app – offline viewing is not available through your PC's browser.

This changes absolutely everything when it comes to enjoying Netflix, as subscribers can now use the app outside of Wi-Fi networks without worrying about data consumption.

To download shows and films, you must first have the latest version of the Netflix app. Once you've got that, tap on the drop down menu and head to the new section, Available for Download.

Here, you'll find a selection of shows and movies that content holders have deemed acceptable to download. Not everything is available yet, but there is a decent selection to choose from. You can also head to your app settings to choose whether you want to download shows in SD or HD – the choice will really come down to how much space you have on your smart device.