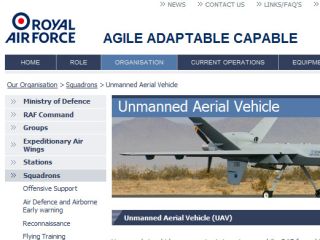 Will our boys in blue get fuel-cell drones too?

The US Navy''s Naval Research Laboratory (NRL) has completed a successful flight test of a fuel cell-powered drone.

The XFC (eXperimental Fuel Cell) unmanned aerial system (UAS) was airborne for more than six hours in early June, although the miliary has only just released the information.

The flying robot is the first long endurance fuel-cell powered drone in the Navy's arsenal.

Compared to internal-combustion powered vehicles, battery-powered drones are inherently stealthy because they're relatively free of noise and lack a strong thermal signature. They're also easy to start, operate and maintain. However, they have poor payload capacity and endurance.

Cue the XFC, whose hydrogen fuel cell greatly extends endurance and allows the drone to carry a heavier payload. The non-hybridised power plant allows the drone to stay aloft for seven hours, travelling at up to 52 knots (60mph), all while carrying surveillance equipment or laser-guided bombs.

In May, US Energy Secretary Steven Chu said that fuel cells for consumer automobiles would be impractical for the next 10 to 20 years, and announced that the US government would not be funding any further research in that direction.