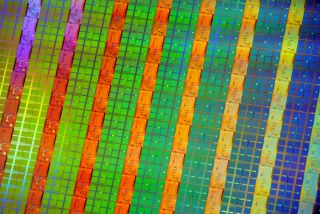 Intel's next move is to bring a die-shrink to the Core 2 architecture...but more pins may follow

A Chinese website is suggesting that Intel will move across to producing 1,366 pin processors. Currently Intel's chips use a 775 pin socket.

HKEPC also says the interface will be called Socket B and, according to its source, it will be first implemented on the company's Bloomfield-codenamed chip.

This chip could either be due on the next complete revision of Intel's architecture or the 45nm Penryn die-shrink of the Core 2 architecture announced last month.

HKEPC's source also suggests the new chip could have 8-12MB of L2 cache.