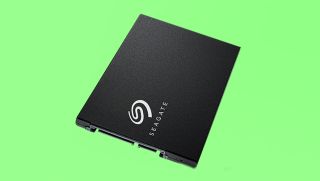 Seagate arguably got back into the SSD game earlier than Western Digital, but the storage company worked primarily in the enterprise space – but finally at long last it's introducing a BarraCuda SSD for PC enthusiasts.

Before you get too excited, know that the BarraCuda SSD is only a SATA III drive, so it won’t be pushing the fastest speeds of NVMe drives like the WD Black NVMe SSD or Samsung 970 Evo. With that out of the way, the drives come in large capacities ranging between 250GB to 2TB.

It also almost saturates the bandwidth of the SATA 6GB/s interface with a sequential read speed of 540MB/s and 520MB/s sequential writes.

Seagate originally announced that the BarraCuda SSDs would be exclusively available starting on Prime Day 2018, and while that no longer seems to be the case, you can bet there will be great deals on July 16 and 17.