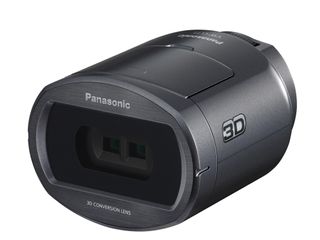 Panasonic has announced the arrival of its first-ever 3D lens for its Lumix G Micro System.

The lens which brings 3D shooting to the company's high-end G-series camera range is part of a massive push into the 3D space for Panasonic, which includes 3D-capable Viera televisions and 3D Blu-ray players.

Although Panasonic is being a little cagey about what 3D magic has gone into making the lens work, it has revealed that it "features two optical systems installed within the diameter of the lens mount, creating stereo images from the left and right lenses, to be processed with a 3D image processing system."

And, as it is for its Micro Four Thirds cameras, like the Lumix G2, the lenses are still pretty compact in comparison to normal DSLR lenses.

To view the 3D images, you will have to own a 3D ready Viera TV and don the active specs.

UK pricing and availability of the lens is still to be confirmed but we're hoping to get more details from the company at IFA in September.