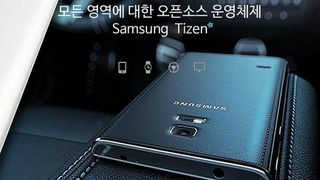 Samsung finally released its first Tizen running smartphone, the Z1, at the beginning of this year and the handset has taken off in certain markets including India and Bangladesh.

Rumours are already hotting up for the release of the Samsung Z2 with various sources claiming the new phone will be released in first half 2015.

According to TizenCafe.net, a source that should be taken with a big dollop of salt, the phone will have a 540 x 960 PLS TFT- LCD display but the size is yet to be confirmed.

The source also claims it'll have 1GB of RAM, a 2000mAh battery and an undisclosed 32-bit quad-core processor.

The most interesting part of the handset is Samsung continuing with its journey into Tizen and rumours of the Tizen 3.0 UI coming in with design similarities to the Samsung TV UI.

Rumours also suggest Samsung is working on a more high-end Tizen smartphone for the rest of the world as well including the US and EU but little is known about the handset so far.