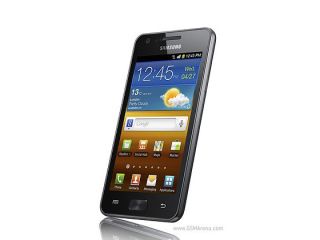 Will we see the new Samsung Galaxy R in the UK?

Samsung now looks like it's going be bringing the Galaxy R to UK shores, complete with a Tegra 2 dual core chip.

The new phone will be sold in 'North and East Europe', meaning it's likely the UK will get its own taste of the Galaxy S2 Lite, despite Samsung telling us something to the contrary last month.

We call it Lite as Samsung seems to have dialled down all the specs of its behemoth-like sibling, including a 4.19-inch Super LCD screen, 8GB of built in memory and a heavier chassis of 131g.

However, it does win in one department: there's a Tegra Zone app section on Android market designed to bring specially optimised games for the correctly-specified dual core phones.

To aid this, there's also a GeForce GPU for faster gaming and web browsing, and of course we're treated to a spot of Android Gingerbread too.

We're pushing for some kind of UK release date, and we expect it to be within the next month or two, with possibly the lowest price tag to date for a dual-core phone... so stay tuned while we attempt to dig out the info.