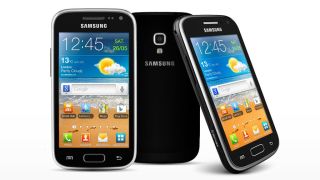 It looks like the Galaxy S4 Mini and Galaxy S4 Mega aren't the only devices expected to for a reveal next month - with the rumoured Galaxy Tab 3 10.1 and Galaxy Ace phone said to be joining the party.

The information comes from Russian website Hi-Tech Mail (translated over at GSMArena) which claims that the Tab 3 10.1 will be available from June. Contrary to some previous reports, it'll land running

The Tab 3 will apparently pack a 10.1-inch, 1280x800 resolution display, with a 1.6GHz dual-core processor with 1GB of RAM doing the legwork, and 16GB or 32GB storage options, which is pretty much what we've previously heard.

We've also previously been leaked the specs on the Samsung Galaxy Ace 3, which is pitching itself at the cheaper Android smartphone arena, and the new information matches details we've seen before.

It will apparently sport a 4-inch display with a 800 x 480 resolution, with a 1GHz dual-core processor, 1GB of RAM, a 5-megapixel rear camera and 4GB of storage memory.

According to the site, this will cost the equivalent of about £210 (about $315, AUS $330). Whether this means Europe will be getting either of these devices first is unclear, but we'll know all on June 20.