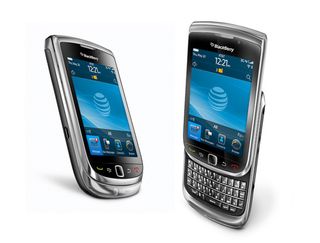 BlackBerry handsets are popular with many, except for Saudi Arabia and the UAE

The Saudi government had expressed its fears that the encryption process could compromise national security, but after an outage of four hours a reprieve has apparently been granted.

The BBC is reporting that the service appears to have been restored, following a move by RIM to appease the authorities.

Earlier in the week BlackBerry makers RIM had put out a public statement backing its 'very strong security architecture'.

"RIM cannot accommodate any request for a copy of a customer's encryption key, since at no time does RIM, or any wireless network operator or any third party, ever possess a copy of the key," the statement explains.

"This means that customers of the BlackBerry enterprise solution can maintain confidence in the integrity of the security architecture without fear of compromise."

However, it may be that a compromise has occurred at the very least to appease the Saudi government, and, potentially the UAE, which has also expressed concerns.