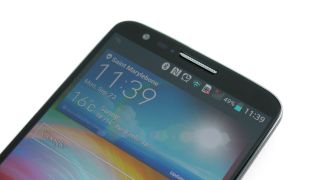 We now know at least one product we'll definitely see for sure at MWC 2014: LG has announced that it will announce the LG G Pro 2 at the phones show in February.

Unfortunately we'll have to wait until the show kicks off to find out anything more concrete about the handset, which looks set to take the LG Optimus G Pro's place in LG's oversized phone line-up.

It may not be the eagerly awaited LG G3 (which is now pegged for a later 2014 release date), but the LG G Pro 2 will see the original Pro's get a spec-boost if some leaked information is anything to go by.

Whether we'll see the handset launch in the US, UK or Australia is anyone's guess at this point, but given that the G Pro never made it beyond Korea's borders then we'd say possibly not.