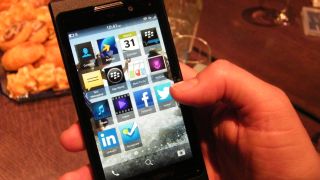 Apps at the ready

The final version of the BlackBerry 10 SDK will be available on December 11, giving developers less than two months to finalise their applications before the platform launches.

Announced via the BlackBerry Dev Blog, the Gold SDK marks a significant milestone for the heavily delayed BB10 platform, and shows that it is finally nearing completion.

Earlier this week RIM announced that BlackBerry 10 would be officially unveiled on January 30, however app developers will need to act quickly if they want to guarantee themselves $10,000 (around £6100/ AU$9700) of revenue as part of RIM's app scheme.

Apps will need to be submitted to BlackBerry App World storefront by January 21 to be eligible for RIM's generous revenue commitment.

A SDK beta update is also scheduled to arrive on November 29, bringing with it bug fixes and important updates for web developers.

BlackBerry 10 is the make or break platform for RIM which has been struggling to keep pace in the mobile market, and it has its eye locked on third place on the mobile OS podium – currently occupied by a difficult to budge Windows Phone 8.