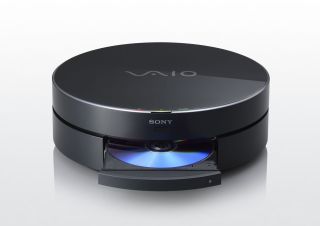 TransferJet is designed for wirelessly copying information between media devices

Just as you were getting used to the idea of Ultra WideBand and Wireless USB, along comes Sony to put a cat amongst the pigeons.

TransferJet is a new near-field communications protocol, designed for transferring information between media devices. It's based on a similar principle to RFID, in that it uses induction coils, rather than radiating antennas. The system has a theoretical data transfer speed of 560Mbit/s, with a practical transfer rate of around 370Mbit/s.

The system is designed for very close-range communication - devices have to be within 3cm of each other. An example of how the technology would be used is that by simply touching a camera to a TV screen the pictures would be instantly transferred and displayed on the TV.

Sony envisages the technology being used to transfer media content, such as audio, pictures and video, between mobile phones, digital cameras, camcorders, computers and TVs. Sony is promising to actively promote the system across the consumer electronics industry. However, if TransferJet remains a proprietary system, it remains to be seen how successful it will be.